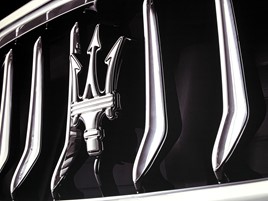 Maserati has started production of its new Ghibli plug-in hybrid as part of its plans to electrify every new model in its range.

Pitched to rival the BMW 530e and Mercedes E 300 e, the new car not only gives the Italian brand a foothold in the low-emission premium car market but also represents the start of Maserati’s switch to becoming an electric-only brand.

Information about the powertrain, performance or price are yet to be revealed.

Production of the new Maserati GranTurismo and GranCabrio - the brand's first cars to adopt 100% electric solutions - will commence in 2021.

More than £1.6 billion has been invested in FCA’s Miafiori hub, where the new models will be built alongside the new fully-electric Fiat 500.

To improve the plant’s sustainability, the Group has announced two new projects to reduce its environmental impact. The first is the installation of solar panel on 120,000sq m of the plant’s roof. It will also install 850 EV charging points.

These new plans are in addition to the previously announced development of the world’s largest Vehicle-to-Grid (V2G) hub, which will connect a fleet of 700 electric vehicles via a two-way recharging infrastructure capable of supplying 25Mw to the energy grid to balance demand during peak periods.

To support the production of new electrified models, FCA is building its own battery assembly plant at Miafiori which will produce the batteries for all Maserati electric vehicles.

There will also be a new small SUV, sitting beneath the Levante, that will start production at Cassiano at the end of this year.

Replacements for the Quattroporte and Levante are due in 2023.