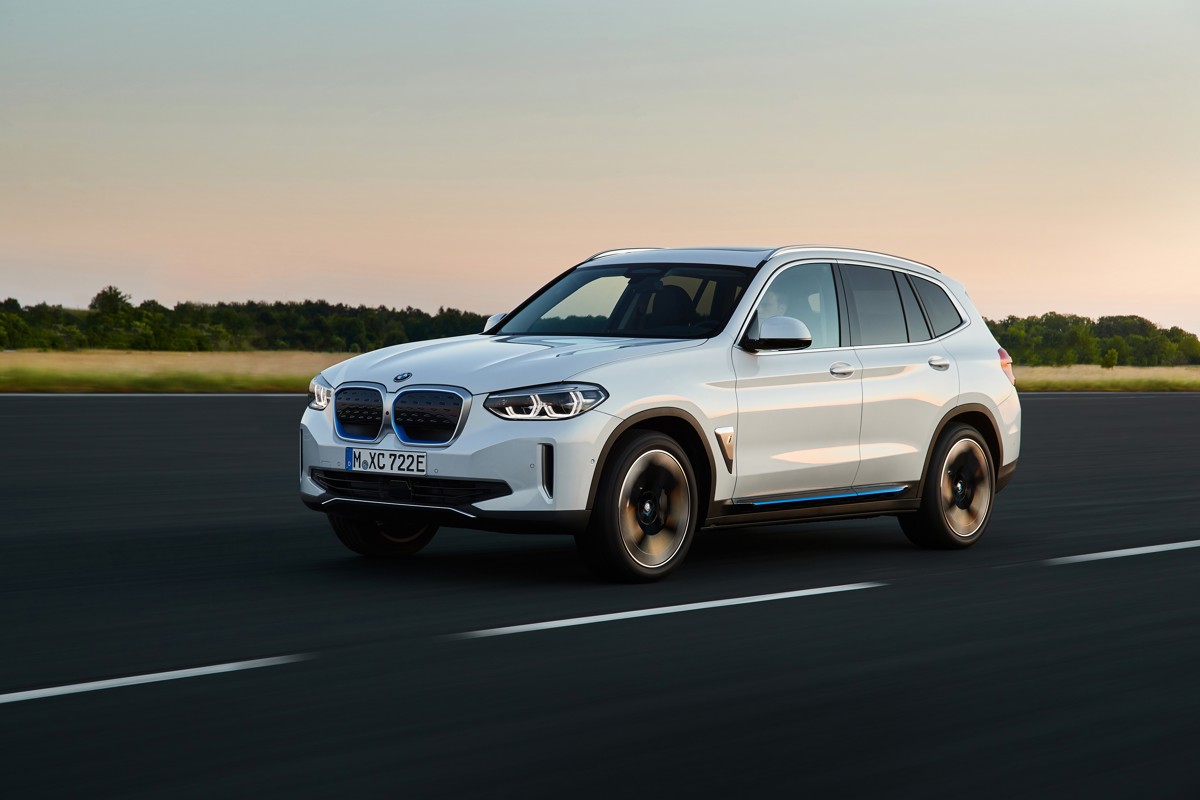 BMW is launching an electric version of its X3 SUV, known as the iX3, next year.

Order books are expected to open in the Autumn, with the first examples arriving in dealerships next Summer.

The iX3 is the second fully electric production model from the brand.

Unlike the i3, the iX3 provides more conventional styling. It features a blanked-off front grille, new bumpers and revised sills. Blue elements within the grille, sills and rear bumper are used to highlight the car’s electric propulsion, while ‘aerodynamically optimised’ 19-inch wheels are also fitted.

The blue detailing extends into the interior, which is otherwise shared with the regular X3.

Extensive development of the battery means storage capacity has been substantially increased, relative to the installation space required and its weight. This enhances driveability and range.

BMW says the iX3 can accelerate from 0-62mph in 6.8 seconds, giving it similar performance to a petrol-powered X3 xDrive30i.

Handling is said to be improved, with the battery sitting low in the car’s floor. Adaptive suspension will also be fitted as standard on the iX3, which can automatically adjust the dampers to suit the current road surface.

The iX3 will be the first of three new electric BMW’s to be built at the brand’s Chinese factory. The BMW iNEXT and i4 will also launch from 2021.

Pricing and specification details will be revealed in autumn 2020, with pre-ordering opening at the same time.