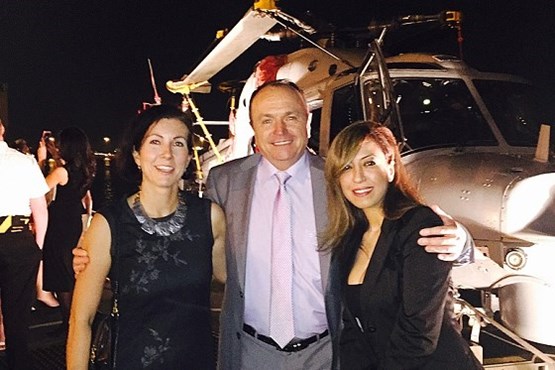 A car dealer who has been selling cars to British expats in Doha for more than 20 years is among automotive industry figures recognised in the New Year’s Honours List.

Tony Porter, who moved to Doha in 1993 after working in the industry in London and Saudi Arabia, has been awarded the British Empire Medal for “services to the British community in Qatar”.

The boss of Oasis Cars runs courses on safe driving in the city and desert alongside his regular role navigating buyers through the red tape of a Doha car purchase.

Speaking to The Telegraph, Porter said: “I’m not one for the limelight, so I was shocked and happy when I found out about the medal.”

AA president Edmund King was also among those recognised with a New Year’s honour.

He said: “In the UK we have made great advances in road safety over the last 20 years, but there is still much more to do when five people are killed on the roads every day.”

Former rally driver Patrick Hopkirk received an MBE for services to motoring and young people over 50 years after he sealed victory in the Monte Carlo Rally.

As a patron for the charity SKIDZ, he has used his profile to help young people gain vocational skills in motor mechanics as part of a variety of projects which aim to help disadvantaged and vulnerable youngsters.