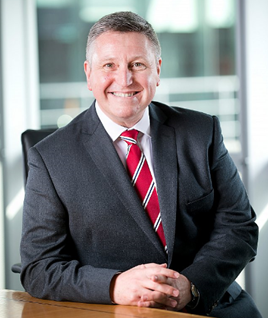 He moves to his new role from the post of general manager, sales operations, succeeding Ewan Shepherd, who has become responsible for Lexus in the UK.

Roden (pictured), a qualified accountant, first joined Toyota in 1995 and held a number of field-based positions before promotion to a series of senior executive roles within both Toyota and Lexus, including general manager, network development and general manager, Lexus marketing and strategy.

He later became responsible for Toyota and Lexus Fleet and Vehicle Remarketing, before leaving the company in 2010 to lead a regional retail motor group, Westlands Toyota, in the West Midlands. Rejoining Toyota GB in 2014, he was appointed general manager, sales operations.

Roden said: “Three consecutive years of growth have given us a strong platform for further success, and our work will be supported by great new products that are due for launch this year. We will also be looking to reinforce hybrid as a powertrain of choice for customers.

“Toyota is entering an exciting period and, with the support of the team here and a highly professional retailer network, I am looking forward to sustaining the momentum in sales. We have recently seen the introduction of the first RAV4 hybrid and are soon to bring an all-new Hilux pick-up and a wider range of Proace vans to the market. At the end of the year, we have the exciting prospect of our new crossover vehicle, the Toyota C-HR, taking us into the fastest growing area of the new car market.”