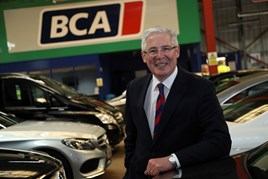 BCA has made a series of internal appointments as part of continued efforts to strengthen its national auction network.

Beith will take responsibility for the operational activity at auction centres in Edinburgh, Glasgow, Kinross and Livingston.

Eddie Thompson has over 25 years’ experience in remarketing and was national operations director at SMA.

Simon Henstock, BCA’s chief operating officer for UK Remarketing, said: “Following the successful integration of the SMA business into the UK Auction Centre Network we have strengthened the management team to support the growth of the UK remarketing division.

“Both Stuart and Eddie bring a wealth of experience and expertise to the business.”