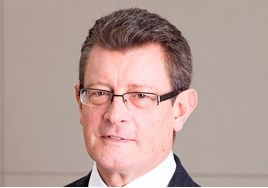 Kevin Rose has announced his retirement after more than 30 years of service with Volkswagen Group.

Rose is stepping down as board member for sales, marketing and aftersales at Bentley Motors, and will be succeeded from November 1 by Dr. Andreas Offermann, who has been Seat’s executive vice president for sales and marketing.

During his career Rose has also had senior sales and marketing roles with the Volkswagen, Seat and Audi brands.

He was director of Seat UK and subsequently Audi UK between 1999 and 2005, when the premium brand almost doubled its annual sales.

From there, he headed to Volkswagen’s Wolfsburg headquarters in Germany, then migrated east again in 2009 to Volkswagen China where he was executive vice president of its FAW-Volkswagen joint venture, before returning to the UK to take the Bentley position in 2012.

Wolfgang Dürheimer, chairman and chief executive at Bentley Motors: “I am delighted to welcome Andreas to Bentley. He brings a wealth of international sales experience and we look forward to him working with the Bentley team and retailer network to identify new customers and markets to help build on the strength of the brand today.

“I would also like to thank Kevin for the significant contribution he has made to Bentley. He has played a crucial role in reinforcing the company’s position as the world’s number one luxury car brand.”