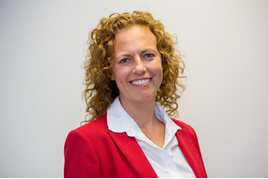 She moves from her role as Jaguar UK national sales manager.

Thompson (pictured) will take responsibility for sales operations and planning in Jaguar Land Rover’s largest global market, with the UK sales volume expected to hit more than 100,000 in 2016.

Currently in a period of record growth, with September 2016 UK sales up 31% on year-on-year, she will now be responsible for overseeing growth in the private and fleet sectors.

“Rachael has consistently proven her ability to manage Jaguar UK’s national sales operations, and we’re now excited to have her – and her two decades’ experience – working across both Jaguar and Land Rover brands in the largest global market, here in the UK.”

As well as Thompson’s four years in her role as national sales manager for Jaguar UK, she also brings a total of 23 years working in the automotive industry, including time at Audi, Volkswagen and Ford.

Thompson, Jaguar Land Rover UK sales director, said:  “ We have lots of exciting new vehicles coming and a committed network of retailers, all the ingredients are in place to carry on the success we’ve been enjoying in recent years.”