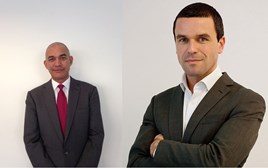 Reporting in to Matt Barham, Gumtree’s senior director of commercial growth, they will play a key role in progressing Gumtree’s corporate strategy across a number of key markets, including motors, jobs, property and services.

Nott spent 15 years at jobs board TotalJobs where he headed up two of the company’s divisions, and developed the strategic direction of the business.

More recently he worked at MyJobMatcher, where he was responsible for all commercial opportunities, including the implementation and roll out of digital services in the UK, US and Western Europe.

Daniell joins Gumtree from a series of senior management roles at Crowd2Fund, DMGT and Bauer Media.

He will be responsible for the B2C commercial strategy in the UK, including responsibility for developing customer value proposition and shaping product development.

Matt Barham, senior director of commercial growth at Gumtree, said: “Gumtree is in a period of growth and evolution, and the appointments of Richard and John represent a significant investment in key talent at the top of our business.

“They will be helping us to double-down on the Jobs category – to drive an improved user experience for both job seekers and recruiters – and cementing our leading market position in motors.

“We are focusing on category growth as this is where we see opportunities for Gumtree in the face of an increasingly fragmented market, and are very pleased to have them on board at this exciting time.”

Gumtree is now the 20th biggest site in the UK*; moving  from 32nd a year ago.

The appointments follow shortly after Gumtree surpassed several traffic growth milestones, including a total of 23 million users accessing the platform every week – a new record for the firm.

In recent weeks Gumtree has also re-launched its ‘Motors B2B’ offer, and rolled out a redesign of its app, meaning users are now able to post an advert in under 30 seconds.