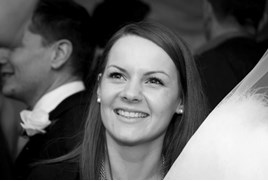 Tootle has appointed Amy Buckley as its head of product and partnerships as it ramps up its expansion plans following a 52% month-on-month growth.

The online platform, which helps dealers source stock directly from private sellers, has added Buckley to its team to drive further growth within the C2B and B2B car selling marketplace.

Gordon Tulloch, who was appointed as the new chief executive in July, has brought Buckley in to the business and she will start work in her new post in January, reporting directly to Mike Bishop, Tootle’s chief operating officer.

Buckley said: "I am really excited to be joining the Tootle team. I think this is a great opportunity to change the way the market sells cars, benefitting both consumers and dealers."

Buckley previously worked at AutoTrader as product manager focusing on the automotive partnerships.

In 2013 she decided to move across to Haymarket as senior product manager for the automotive titles, focussing on PistonHeads as well as working on WhatCar?, Classic and Sportscar and more recently Autocar.

Tootle sold almost £1.5 million worth of cars in September, and currently boasts an average growth rate of 52% month on month.

Bishop said: “We are delighted Amy is joining tootle’s growing team. She will bring senior level expertise of the digital auto industry from her considerable career to date gained at Auto Trader and latterly as senior product manager at Haymarket Media Group. I look forward to working closely with her.”