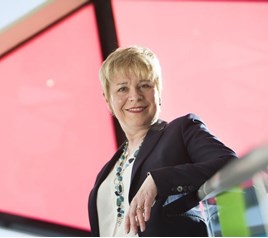 The Great British Women in the Car Industry awards will return for a second year in June to identify the rising stars and future leaders in the sector.

The SMMT has again joined forces with Autocar to celebrate success and identify the motor industry’s top 100 rising female stars.

Nominations for the Awards are open already and must be completed by April 3. Categories include vehicle development, manufacturing, purchasing, retail, marketing, communications, apprentices, motorsport, design and executive.

A winner will be selected for each category by a judging panel, including Jim Holder, Steve Cropley and Rachel Burgess from Autocar’s editorial team, alongside SMMT’s Chief Executive, Mike Hawes, and Director of Communications and International, Tamzen Isacsson. An overall winner will then being selected from that shortlist.

Linda Jackson (pictured), Citroën’s global CEO was named as the most influential British woman in the car industry at last year's event.

“The opportunities for rewarding careers in the automotive sector are enormous, and we plan to put the spotlight on its brightest stars working across a wide variety of roles,” said Rachael Prasher, automotive brand director at Haymarket Media Group.

The initiative raises the profile of the many and varied opportunities available in this cutting-edge sector. A shortage of skilled workers is one of the most significant barriers to continuing the record growth in UK Automotive, with thousands of jobs currently vacant and women under-represented in the workforce, filling just one in four manufacturing jobs.

Julia Muir, who started out at Perrys Motor Sales and spent 11 years at Ford, believes dealers are failing to meet the needs of half the car-buying population because their workforce is unrepresentative of their customer base and, as a result, are failing to meet their full financial potential. She founded The UK Automotive 30% Club with the goal of filling 30% of key leadership positions in Automotive companies with talented women by 2030.

Mike Hawes, SMMT chief executive, said, “The industry is in great health with record exports, record new car registrations and groundbreaking new technology, so it's an exciting time to join the UK automotive industry. To continue this growth, we need to attract the most talented people to enter the workplace, so we are proud to be supporting this initiative again this year. We want to highlight successful women who’ve made a difference in UK automotive and to provide inspiration for many others considering their future careers.”

Nominations should be made to Jim Holder, Autocar’s editorial director, at jim.holder@haymarket.com by 3 April 2017. The winners will be announced at the Great British Women in the Car Industry event at Twickenham Stadium on 21 June 2017.

Event held to support women in the automotive industry

Event held to support women in the automotive industry