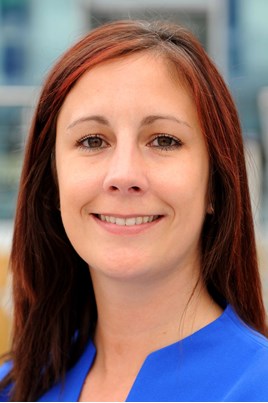 The 36-year-old manages TrustFord’s £4 million Ford dealership site in Epsom, south of London, which opened last year, as well as overseeing the group’s Surrey dealership network having moved through the ranks for the Ford-owned retail group.

She joined in 2004 and by 2011 had moved up to sales manager of the Bookham site, before moving to the same role in the larger Kingston site in 2012.

Her promotion to general manager in 2016 marked the first time a woman had been promoted to the role within TrustFord.

In his nomination of Curtis for the prestigious Autocar award, John Leeman, TrustFord operations director, said: “I have no doubt that she has a glittering career ahead of her.”

In an interview with AM earlier this year, Curtis spoke about how women can progress in a retail environment.

“If you are a young female and you have to work five-and-a-half days a week, then it can be very difficult, but that is the retail environment now, no matter what area you are working in.

“There is no doubt that we need more women in the industry, but I suppose women just do not associate with cars as they perhaps do with other areas of retail.”

Autocar recognised 100 females working in the automotive industry at the inaugural Great British Women in the Car Industry awards earlier this week.

Judges recognised Rimmer because of her focused ambition to become a leading expert on autonomous vehicles.

She has played an instrumental role in developing Jaguar Land Rover’s autonomous vehicle technology, and taken the lead in demonstrating autonomous cars to the UK Government for the firm.

Rimmer said: “I hope that my story will motivate young women to pursue a career in automotive, and to reap the rewards that the industry can offer.

"It’s slightly surreal watching the car of the future unfold today, and being part of the team behind it never fails to inspire on a daily basis.”

Autocar editor Mark Tisshaw said: “Amy stood out to us as being a driving force behind one of the most significant automotive developments in a generation.

“Her dedication and talent has made a huge contribution to positioning these iconic brands at the forefront of autonomy, ensuring we’ll see self-driving British cars on our roads in just a few short years.”

Tisshaw added: “This year’s Top 100 Rising Stars event is testament to the breadth and diversity of skills among the female workforce in the global automotive industry, and we warmly congratulate all of them on their achievements.

“Underrepresentation of women in the industry is something it has begun to tackle head-on, and the response to this year’s event to highlight its rising stars has been hugely encouraging.”