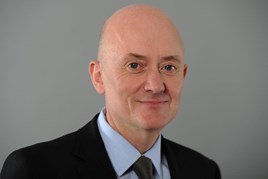 Cartier’s new role will see him based in Tokyo to oversee part of the Mitsubishi business which joined the Renault-Nissan Alliance in October 2016 when Nissan took a 34% stake in the Japanese brand.

Saillard and Wright will report to Paul Willcox, Nissan Europe’s chairman, with the changes becoming effective from April 1.

Willcox said: “With their solid track records in sales and marketing across Europe, I have no doubt that both Philippe Saillard and James Wright will continue the outstanding work of Guillaume Cartier and help us meet our goal of becoming the most desirable Asian car brand by 2020.”

Saillard’s replacement will be announced in due course, said a statement from Nissan.