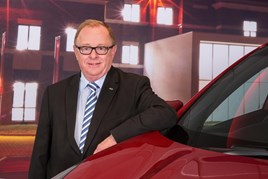 Kia UK's general manager of dealer development has retired from the motor industry 28 years after becoming one of the Korean car manufacturer’s “founding fathers” on British shores.

Ian Wilson became Kia UK regional manager for the East Midlands in 1989 when he joined MCL Group – who owned the rights to bring Kia to the UK – with a small team around him and prototypes of the Kia Pride.

He was immediately tasked with building a dealer network, driving around in the Kia Prides to show prospective retailers the product in the metal.

“If we had known then how well Kia would do we wouldn’t have believed it,” said Wilson.

As interest in the brand grew so did Wilson’s role within the company.

He progressed to the post of national sales manager, with a spell in Southern Ireland as executive general manager, before returning to the UK to head up franchising and dealer development.

Paul Philpott, chief executive and president of Kia Motors (UK) Ltd, said: “Ian is one of the founding fathers of the Kia family in the UK.

“He has had a vitally important role within Kia every step of the way and we thank him for dedication, enthusiasm and professionalism. He will be greatly missed but I know that he will enjoy his well-earned retirement”

Wilson has been involved with nearly every dealer appointment since 1989 through to 2017 raising the dealer network across the UK from 90 to 189 dealerships.

He said:  “The brand and its range of cars has grown beyond recognition and being involved right from the start in the UK has made me hugely proud of the Kia family. After 28 years it’s time for me to step back and relax and spend time with my family.”

Kewley has worked in the franchising team with Ian since 2007 and has over 25 years’ experience in the motor industry.

He said: “I’m looking forward to working with and supporting our dealer network in the next phase of Kia’s development in the UK and building on the excellent relationship we have with our dealer partners – as reflected in the recent NFDA survey where Kia was undoubtedly number one.” 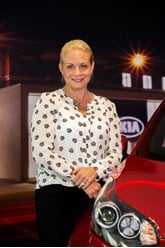