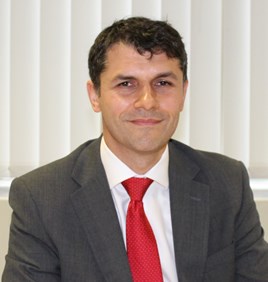 Grimes (pictured) joins UHY from DSG in Liverpool, where he spent three years as a director.

He has over 17 years of experience advising on a wide range of tax issues, primarily to owner managed businesses.

He also has specialist knowledge of company restructuring, investment and innovation reliefs and employee rewards.

Grimes will work closely with UHY’s renowned motor retail team, which is led by David Kendrick and Paul Daly.

His arrival has bolstered the existing automotive tax team in Manchester, which has particular expertise in VAT and employment taxes.

“We’ve seen a steady stream of work in 2017 so far and have a number of quality UK automotive businesses that we are working with. With Darren’s additional expertise, we will have even greater capacity to grow our advisory work in the sector.”

Grimes said: “UHY Hacker Young are leaders in their field and the firm has an impressive reputation both on a national and international scale. The decision to join UHY was an easy one for me.”

UHY Hacker Young Manchester’s managing partner Mike Wasinski said: “I am really pleased to have Darren on board. He has a wealth of experience in the tax space which will further bolster our existing corporate and personal tax offering.”