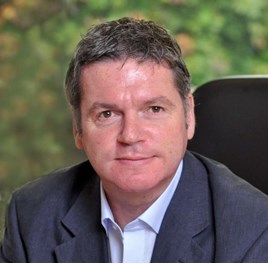 Mitsubishi Motors UK managing director Lance Bradley has announced that he will stand down in 2018 after deciding that the time was right to “to seek a new challenge” elsewhere.

Bradley, who has been at the Japanese brand for 17 years, initially as sales and marketing director and as managing director for the past nine years, will officially step down at the end of the current financial year, which ends on March 31, 2018.

He will take up the post of vice chairman for a period of 12 months in order to help his successor – which has yet to be announced – settle into their new role, however.

Bradley said: “Following 17 fantastic years here at Mitsubishi Motors in the UK, the last nine of which were as managing director, I have decided that the time is right for me to seek a new challenge.

“I have happily agreed to help find my successor and to stay around for a further 12 months as vice chairman after the appointment of the new MD to ensure a smooth handover.”

Bradley made his announcement to colleagues and staff during a staff meeting yesterday morning.

A statement issued by Mitsubishi said that Bradley has taken the decision to step down having placed the company on an extremely solid footing, ideally placed to take on the challenges of the evolving automotive landscape.

Under Bradley’s stewardship, Mitsubishi Motors has pioneered electric and plug-in hybrid sales in the UK while at the same time posting record profits through strong sales and streamlined business practises, it said.

The statement added: “Over the next six months he will continue to oversee the company’s smooth transition to working within the new Renault-Nissan-Mitsubishi Alliance, as well as the launch of several significant new initiatives, partnership announcements and the rollout of important new vehicles for the brand.”

Bradley added: “I want to thank everyone in Mitsubishi Motors for their support in my time here. It has been an amazing time – one I will never forget – and I wish my successor, the company and everyone who works here continued success in the years to come.”

Recruitment for Bradley’s replacement will begin immediately with a view to appointing a new managing director in early 2018.

Mitsubishi Motors in the UK has appointed Gill Crowther as general manager, HR and administration this week.

It is the first time that Mitsubishi Motors in the UK has appointed a human resources professional at such a senior level.