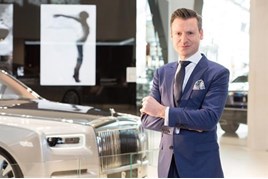 Henrik Wilhelmsmeyer will become director of sales and marketing at Rolls-Royce Motor Cars.

Wilhelmsmeyer (pictured) is familiar with the brand having served as director for region China in 2012-2014, and “contributed significantly” to expansion in the Chinese market.

Moving to China in 2006, he became senior manager for sales operations and regional steering.

He served as head of dealer development in 2008 and later as the head of BMW region South China in 2010.

"He follows in the esteemed footsteps of the company’s founding father and first director of sales, Charles Rolls.”