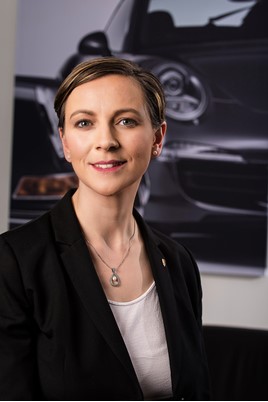 She leaves her current role as director of Marketing at Porsche Cars Canada to relocate to Great Britain succeeding Ragnar Schulte, who has taken a new role at Porsche AG in Stuttgart.

Mahlstedt, has previously held held senior positions at BMW/Mini and at Volvo Cars.

Pollich said: “I’m excited that Margareta has decided to move to the UK to become part of the highly skilled, passionate team of enthusiasts at Porsche Cars GB – I know she’ll thrive in what is a diverse and vital market for Porsche.

The two worked together for several years at Porsche Cars Canada where Mahlstedt strongly contributed to delivering record growth as well as innovative and highly effective marketing programmes.

Mahlstedt added: “I’m proud to have been part of the team at Porsche Cars Canada and what we’ve achieved together since I joined just over two years ago. I’m looking forward to working with Alexander Pollich again and his great team at Porsche Cars GB, taking on a new challenge in what is the fourth biggest market for Porsche globally.

“While the surroundings will be new to me, my recent experience will be valuable as I inherit a team and a market that’s in great shape, for which I would like to thank Ragnar Schulte. I’m very much looking forward to getting started.”

Schulte has taken the position of director, Experiential Marketing – a global role in the Central Marketing area.

He is credited for the success of the Porsche Experience Centre at Silverstone and the Porsche Carrera Cup Great Britain as well as the Porsche Life pop up stores programme. 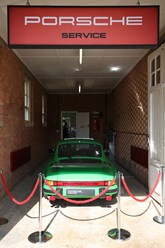