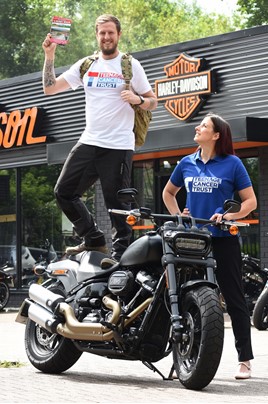 Williams (pictured) will undergo the 25-mile circular route on June 25, which entails taking on the peaks of Pen-y-ghent, Whernside, and Ingleborough, in under 12 hours.

He said: “This is my first real challenge since leaving the army more than two years ago, and I’m really looking forward to it, but most importantly, I want to raise as much money to help teenagers in our region who are battling cancer.”

Scott’s initial aim was £500, and thanks to sponsorship from members of his family, work colleagues and customers, in addition to a Just Giving page, he’s already achieved 80% of his target.

Sonia Graham from Teenage Cancer Trust said: “We wish Scott the best of luck for his forthcoming challenge, it’s fantastic that he is willing to take this on to raise funds to support young people locally.