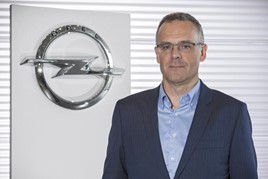 The supervisory board of Opel/Vauxhall has appointed Xavier Duchemin as managing director of sales, aftersales and marketing and Frédéric Brunet as chief financial officer.

Duchemin will succeed Peter Küspert, who leaves the company at his own request after nearly five years in office, and Brunet will succeed Philippe de Rovira, who has been appointed Member of the Executive Committee and CFO of Groupe PSA, as of August 1.

Both Duchemin and Brunet will report directly to Opel/Vauxhall chief executive Michael Lohscheller.

Lohscheller said: “I am delighted that Frédéric Brunet and Xavier Duchemin will join our management team.

“Both are strong and recognised leaders with extensive experience in the automotive industry. They will play a fundamental role in executing our strategic plan PACE!.”

The graduate of HEC Business School in Paris has held various senior sales and marketing positions at Groupe PSA since 1991.

Brunet is a graduate of Ecole Centrale de Lyon and began his career in 2000 as an auditor with PricewaterhouseCoopers. 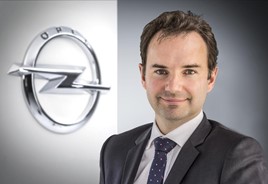 He joined PSA Peugeot Citroën in 2004 and went on to lead the Investor Relations division of Groupe PSA between 2014 and 2017.

Before that he was with the Strategy Department, where he oversaw strategic project scheduling and financial impacts.

Between 2012 and 2014, Frédéric Brunet gained international experience as the chief financial officer for the Latin America region of Groupe PSA.

“We wish him all the best for his future. Philippe de Rovira has been a driving force in the successful execution of PACE! and I very much look forward to continuing to work with him very closely in his new position.”