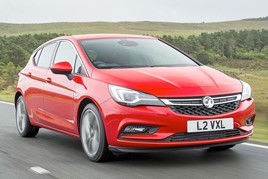 Vauxhall is launching a new “Made in Britain” ad campaign in a bid to boost Astra sales amid faltering demanding for the UK-built hatchback.

The historically popular model, which launched in 2015, has suffered in the first quarter of 2018 with SMMT figures reporting a 46% drop in registrations year-to-date.

Retail sales of the Astra reached a low of 1,733 in the month of March.

Fleet sales were stronger with 4,410 vehicles registered, but still represent a 39% decline over March last year.

The new campaign is part of Vauxhall’s new positioning strategy. The manufacturer says it celebrates the Astra, its British roots and the vehicle’s award-winning credentials. 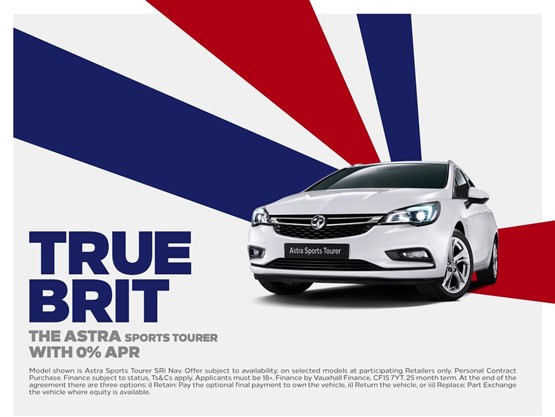 Named ‘True Brit’, the campaign makes reference to the home of the Vauxhall Astra Sports Tourer, Ellesmere Port, which has been making successive versions of the British built car for over 40 years.

Vauxhall has launched the campaign across digital, social, CRM, press, showroom point-of-sale and out-of-home. It includes TV ads during Football matches on June 2 and June 7.

Stephen Norman, group managing director, Vauxhall Motors and Opel Ireland, said: “Over the course of the next few weeks and months, people will witness a distinct change in how we communicate.

"The Vauxhall Astra has been one of Britain’s best-selling and loved cars for almost four decades. Our campaign demonstrates our confident British attitude in an innovative and creative way. Vauxhall will become more distinctive and relevant to car buyers up and down the UK.”

The Astra’s nearest rival, the Ford Focus, also experienced a drop in registration in March, falling 34% YTD. By contrast, the Volkswagen Golf has increased sales by 10%, according to SMMT data.