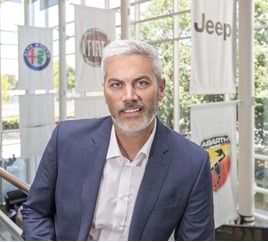 Fiat Chrysler Automobiles UK has appointed Iain Montgomery as its new sales director for Alfa Romeo/Jeep and Lisa Ford as managing director of Motor Village UK as part of a management restructure.

Five new have resulted from round of changes at the top of the Italian-owned operation based in Slough, with FCA customer experience and commercial training, MOPAR service, parts and customer Care and FCA UK’s wholly-owned retailer group Motor Village UK all subject to new management.

FCA Group said in a statement that Tracey’s “ability to lead change and deliver best practice, combined with Iain’s wealth of sales experience will be key in optimizing the two brands’ potential”. 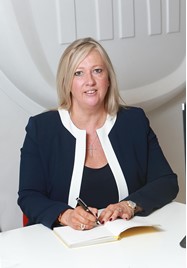 Among other changes at the FCA Group Lisa Ford has been appointed as managing director of Motor Village UK.

Ford joins FCA UK with great experience from working with various manufacturers, including Mercedes-Benz, McLaren Automotive and Maserati and will report hierarchically to Christian Paccussi, who is responsible for Europe Owned Dealers, and to Arnaud Leclerc.

She replaces Rob Calver, who has elected to leave FCA to pursue other interests.

He replaces Tim Head, who has elected to leave FCA to pursue other professional interests, and will be working with Marsh throughout September to ensure a smooth transition.

MacDonald had been responsible for MOPAR in the Nordic Cluster and prior to that working in the Technical Services team in the UK.

MacDonald will report hierarchically to Luca Parasacco, who is responsible for MOPAR Major Business Centres, and functionally to Arnaud Leclerc and replaces Sebastiano Fedrigo who was named as the new Mopar service, parts and customer care director as part of a raft of managment changes at the FCA Group back in April.

“I am delighted to announce these changes,” says Arnaud Leclerc. “They further support the organisation as we work towards our growth targets. I wish all five of the senior managers every success in their new roles.” 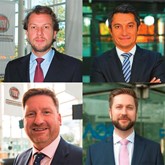