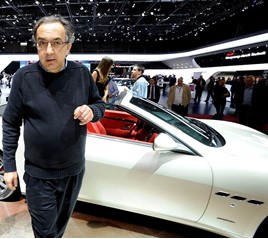 Former FCA Group chief executive Sergio Marchionne has died at the age of 66 after failing to recover from complications resulting from shoulder surgery.

"Unfortunately, what we feared has come to pass. Sergio Marchionne, man and friend, is gone," FCA chairman John Elkann confirmed in a statement.

Elkmann added: "I believe the best way to honour his memory is to build on the legacy he left us, continuing to develop the human values of responsibility and openness of which he was the most ardent champion.

"My family and I will be forever grateful for what he has done. Our thoughts are with Manuela, and his sons Alessio and Tyler."

Widely credited with masterminding the business’ turnaround, Marchionne was elected as CEO of Fiat SpA in June 2004 and was behind the creation of Fiat Chrysler Automobiles after Fiat bought the Detroit carmaker ten years later.

Bloomberg said that Marchionne had been handed an automaker that lost more than six billion euros (£5.3 billion) in 2003 but had returned it to profit just two years later.

The BBC reported that Marchionne, famous for his signature black jumpers, sharp tongue, and workaholic lifestyle, had effectively saved two carmakers from bankruptcy – Fiat and Chrysler.

He also managed to spin-off Fiat's Ferrari in a stock market listing, the BBC noted, with the 2015 listing Ferrari NV, where he also served as CEO and chairman.

Evercore analyst George Galliers said: “Marchionne is good at execution, strategy and gamesmanship. It remains to be seen whether Mr Manley is that sort of visionary.”