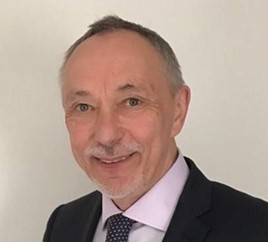 Cottle has been with the near-prime motor finance business for five years, almost since its inception, during its period of rapid expansion.

Startline’s chief executive Paul Burgess said: “Peter has reached a stage in his career where he would like to work on a more flexible, consultancy basis and we are at a point where the needs of the business development function within Startline are changing.”

Burgess thanked Cottle for his contribution in the role, and added that he is sure Cottle will continue to make further notable contributions in the next few years.

Startline will now restructure the business development team and should be in a position to make new announcements very soon, said Burgess.

Cottle said: “I’ve enormously enjoyed working at Startline. The business has identified a very strong niche in the sector and the dealer community has responded positively to the company’s offering."

Cottle is well known to motor retailers, having been a director of Capital Bank Motor, before it was absorbed by Black Horse, during his 30+ years in the motor retail finance industry.