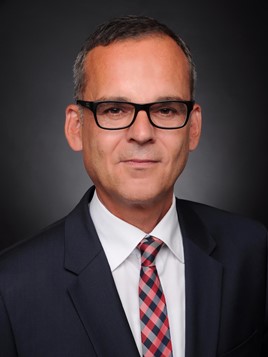 Aston Martin Lagonda appointed Thomas Kiesele as president of Aston Martin Europe at "probably the most exciting time in the company’s 106-year history".

Effective immediately, the new posting will see Kiesele based at Aston Martin’s regional head office in Frankfurt, Germany, from which he will be responsible for all brand and sales activities, covering 41 dealers across 19 Continental European markets.

Commenting on the new appointment, president and group chief executive, Dr Andy Palmer, said: “We are delighted to welcome Thomas Kiesele to the Aston Martin team at what is probably the most exciting time in the company’s 106-year history.

“Thomas brings his vast experience of almost 30 years in the automotive industry which will be pivotal in helping us to deliver the Second Century plan.”

Kiesele holds a degree in Business Administration from Offenburg University of Applied Sciences in Germany and joins Aston Martin from Ferrari Financial Services, where he served as head of sales and marketing for Europe.

He has worked for almost 30 years in the automotive industry for several luxury brands including Bentley, Ferrari and Porsche, holding different senior management positions in sales, marketing and dealer development.

Kiesele said: “The company is at a significant point in its history, and I am delighted to be joining Aston Martin at such an exciting time.

“With new products on the way, I’m looking forward to working with the team and our partners in developing the brand for the future.” 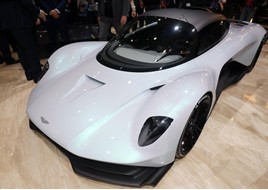 Developed in partnership with Red Bull Racing and Cosworth, the Valkyrie will be driven by a 1,200PS naturally aspirated V12 that could yet form the basis of a new engine for Formula One.

The AM-RB 003 will feature a twin-turbocharged V6 with hybrid assistance, and an electrified front axle to make it four-wheel-drive.

Limited to 500 units, the informally-named 'son of Valkyrie' will cost an estimated £1m.

Aston’s other new arrival was the Vanquish Vision Concept, which previews the full-series production Vanquish which will sit at the top of Aston's range.

Also V6 powered but only rear-drive, it will rival the McLaren 720S, Lamborghini Huracan and Ferrari F8 Tributo, when it goes on sale in 2022.