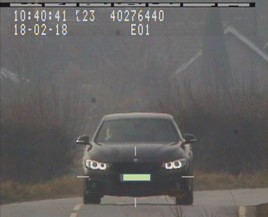 A Ferrari supercar dealer from Leeds has been jailed for two months after being arrested over the use of a laser jamming device to block speed cameras and avoid speeding fines.

Nicholas Burke, from York, was jailed for two months at York Crown Court this week after pleading guilty to a charge of perverting the course of justice related to the installation of a laser jammer to his BMW 335d company car to avoid getting points on his licence.

Burke was caught using the device to scramble a signal from a North Yorkshire Police safety camera van as he drove along Greengales Lane, a rural road between the villages of Wheldrake and Elvington on the outskirts of York, last February.

Police believed his company-owned BMW 335d was traveling in excess of the 60mph speed limit at the time.

While the 'Laser Elite' laser jammer prevented a reading being taken, however, it activated a code on the safety camera that indicated to police that a device was being used illegally. 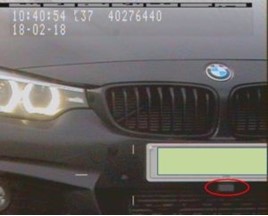 Burke resigned from his job as general manager at JCT600's Brooklands Ferrari dealership as a result of the incident.

Traffic Constable Andy Forth, who led the investigation for North Yorkshire Police, said: "As Burke's prison sentence shows, the courts take a very dim view of people who use jammer devices to pervert the course of justice.

"As such, we have a duty to investigate when we think someone has used one illegally and we will uphold the law.

“So if you use one of these devices in North Yorkshire there's a very strong chance you'll be caught.

"The purpose of our enforcement fleet is to reduce road casualties. Therefore to use such devices to interfere with speed enforcement - one of the main four causes of fatal and serious-injury collisions - increases the risk to everyone else who uses the county's roads, and the communities they represent."

For the first time, North Yorkshire Police submitted a community impact statement to the court, to highlight the importance of its road safety work.

In the statement, read by the judge, the force said: “North Yorkshire has historically suffered from a high number of road traffic collisions, unfortunately resulting in the loss of life or resulting in life-changing injuries to users of the vehicles involved… It is not only the victim who suffers, but families, witnesses and communities.

“The primary purpose of is to reduce road traffic collisions by enforcing a range of road traffic offences such as speeding, using a mobile phone and failing to wear a seat belt.

“These are three of the four main causation factors for fatal and serious-injury collisions on our roads.

“We have detected an increasing number of vehicles fitted with laser jamming devices which are designed to interfere with police speed measurement equipment.

“Safety camera operators are fully-trained to detect the use of these types of devices, and are therefore able to identify a vehicle they suspect may be fitted with such a device.”