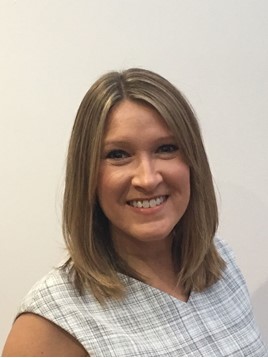 Marshall Motor Group’s head of corporate sales Zoe Lawson has said that she was proud to line-up alongside “so many other women in senior positions” at Autocar’s Great British Women awards.

Lawson, who was presented with the awards’ Sales category prize at last week’s prestigious event, said that she hoped that the event would encourage other young women to pursue a career in the male-dominated automotive sector.

Lawson was nominated by Marshall’s commercial director John Head for the key role she has played in establishing the AM100 retail group’s centralised corporate sales division.

Judges recognised her contribution as they whittled down the awards winners from over 300 entries ahead of this year’s growing event.

“Marshall didn’t have a centralised corporate department until 2009 and I joined in 2010,” she said.

“I was also promoted to me current role last year. I still manage the sales team that go out looking for that business and I love the job and the sector.”

Lawson rose up through the automotive retail ranks having joined Reg Vardy in a fleet admin role back in 2003 and said that she had never found that being a woman had created hurdles for her as she rose through the ranks.

She said: “Far from it. I always had a lot of support and it really was the faith of the managers that I worked for that allowed me to progress.

“I’d encourage any young woman to consider a career in automotive. It’s all too easy to look at the sector and dismiss it because you only see the sales executive and technician roles, but there is so much more available than that.”

Emma King was the overall winner of this year’s Great British Women awards.

A senior purchasing manager for EV battery cells, she was deemed to be “at the forefront of a fast-paced industry”.

Alongside Lawson, the only other representative from the UK’s franchised dealer groups to emerge as a winner on the night was Aftersales and Workshop category winner Charlotte Dafe, of Jardine Motors Group.

Keep an eye out on AM Online for our forthcoming interview with Charlotte.

Lawson said that she was “proud to keep such company at last week’s awards event.

She said: “It really was fantastic to see so many other women in senior positions from across the industry.

“If it serves to inspire the next generation of talent, the event will have been a huge success in my eyes.”