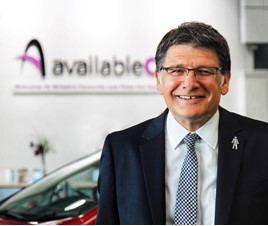 Available Car has promoted Steve Alcock to the post of chief operating officer after 17 years with the independent used car supermarket operator.

A statement issued by the Castle Donington-based, third placed ID50 business (2017: £303.9m) said that Alcock, who joined at the time of its formation in 2002, had been “instrumental” in its growth and expansion.

With nearly 40 years in the industry, Alcock had worked for franchised dealer groups, before joining Available Car and has worked alongside recently-appointed chief executive, Michael Bell, for many years.

He has been promoted from the post of sales and marketing director.

Available Car founders, Graham and Alison Bell, said that they were delighted with Alcock’s appointment.

Group chairman, Graham Bell, said: “Steve has been instrumental in the growth and success of Available Car, and Alison and I feel that Steve’s appointment as chief operating officer ensures there is a strong and dynamic senior management team in place, ready for the all of the opportunities ahead, whilst guaranteeing that Available Car remain at the forefront of used car retail.”

Available Car Ltd has grown rapidly over the last 17 years.

Its first used car supermarket opened its doors in Castle Donington in 2002, followed by Sutton-in-Ashfield in 2007, then Cannock in 2012, and most recently, Leeds, West Yorkshire in January 2016.

Alcock said: “I truly believe that it’s the investment in our people and customer focussed approach that has made Available Car the success that it is today.

“Our people are exceptional, and it’s their passion for delivering outstanding customer service that keeps driving the business forward, and I have no doubt that every member of the Available Car family, led by a strong management team, will help to ensure that we continue to rapidly grow and evolve.”