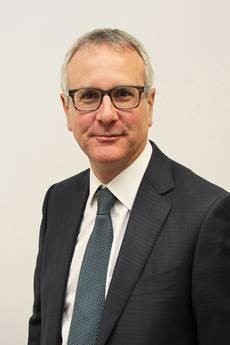 Cakebread received the accolade during a prize-giving ceremony at the BVRLA Annual Dinner, which took place at the London Hilton on March 5, in what was only the second presentation of the award.

The award was introduced at last year’s BVRLA dinner in honour of the organisation’s Honorary Life President Freddie Aldous, who served as the Chairman (1971-1973) and president (1992-2004) at the BVRLA and played a pivotal role in the growth of the organisation as well as expanding its influence.

Around 750 industry guests saw Cakebread receive his award last week as the BVRLA once again sought to highlight the exceptional contributions an individual has made to the leasing sector.

Marshall Motor Holdings completed its disposal of its wholly-owned leasing division to Northridge Finance for a gross cash consideration of £42.5 million back in 2017, but Cakebread continued in the role he has now held for over 30 years following the transaction.

Upon receiving his award, Cakebread said: “I am delighted to have been honoured with the Freddie Aldous Outstanding Contribution Award.

“I continue to thoroughly enjoy my time in this great industry and feel privileged to continue to make so many friends along the way.

“Marshall Leasing is a relatively small player in the industry, and I have always sought to ensure that the BVRLA recognises and satisfies the requirements of the smaller companies in the area.

“If my continued involvement with the BVRLA has achieved this, then I am grateful to have had the opportunity to be part of it.”

Cakebread, who had previously held the position of chairman at the BVRLA and currently sits on its committee of management, has been the managing director of Marshall Leasing for 30 years.

He said: “We are all very proud of Peter and what he has and continues to achieve in his career in the leasing industry.

“I, along with many of my colleagues, have been fortunate enough to work with Peter for over 30 years.

“It is fair to say that his influence on our careers and the industry as a whole has been a remarkably positive one.

“Throughout his work at Marshall and more recently with Bank of Ireland, Peter has led by example putting customer service at the centre of everything he does. He very much deserves this recognition.”