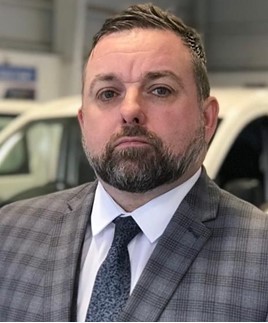 The former Transit Centre manager and Citroen and DS Automobiles franchise manager officially joined the remarketing specialist a year after a series of leadership changes heralded the start of a push for growth.

In his new role Logan will lead what was described as “a developing department” at the businesses Rockingham and Belfast centres.

City Auction Group chief executive, Michael Tomalin, said: “Keith has immense experience in this sector at franchised dealership level at both TrustFord and Charles Hurst Belfast and the timing works perfectly for our future aspirations in this crucial growth sector.”

Back in February 2019, City Auction Group strengthened its senior management team with the appointment of three new directors, a new chairman and chief executive.

Helena O’Neil was appointed the new group finance director; David Scott is now the group sales director; and Lynn Girvan has been appointed as the corporate fleet director.

In addition, Raymond Hill, who was formerly chief executive, became chairman of the Group, while Michael Tomalin took up the reins as chief executive, following 10 years as managing director.

Speaking at the time, Tomalin said: “These new appointments are a game changer, as we drive the business to gain enhanced market share. The recent senior management team restructure across the Group introduced newly appointed directors from within - a new chapter for the business.” 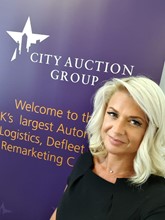 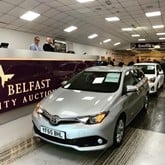