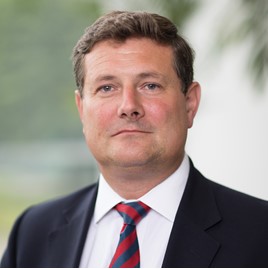 Martin previously worked as director of aftersales operations at the AM Awards 2020’s Manufacturer of the Year – including Vauxhall – and has worked at the French OEM’s UK operation for more than 17 years.

He joined PSA Group UK as an aftersales commercial manager back in 2003 and has held a number of sales roles, including that of sales manager with Robins & Day and at an independent retailer.

Now he will assume responsibility for the delivery of the ‘Citroën Advance UK’ plan, with a focus on increasing the brand’s sales and market share in the UK, alongside Citroën UK managing director Eurig Druce.

Druce said: “I’d like to welcome Charles to his new role here in Team Citroën.

“Charles has been with Groupe PSA UK for nearly two decades and he has a proven commercial pedigree.

“We are embarking on an exciting period here in the UK with the launch of our Citroën Advance Plan and I am confident Charles make a significant contribution to the success of this potentially game-changing initiative for the UK business. I wish him the very best in his new role.”

Druce announced details of the ‘Citroën Advance UK’ plan at the end of October.

The three-year mid-term plan aims to bring a renewed product range, with 11 new model derivatives in 16 months,  the introduction of a ‘fair pricing’ policy, digital acceleration, residual values boosted by a platform of control and managed trading and a UK brand ID strengthened by digital communications.

Cambria-backed mobility provider to be run by former Citroen MD

Cambria-backed mobility provider to be run by former Citroen MD