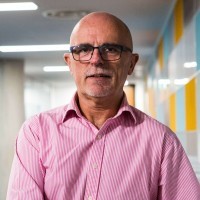 Tributes have been paid to MotoNovo head of strategic partnerships Peter Landers after he died following a three-week battle with COVID-19 coronavirus.

The automotive sector finance business said in a statement issued this morning (January 7) that it was “with great sadness” that it had to announce the passing of the motor finance and industry stalwart at the age of 59.

The statement revealed that Landers had “succumbed to this dreadful virus in the early hours of New Year’s Day”.

Having worked at a senior level within The Associates, Capital Bank, Bank of Scotland, Lloyds Banking Group and Grant Thornton, Peter joined MotoNovo Finance in 2016, initially as Head of Strategy and most recently as Director of Strategic Partnerships.

Landers presented on finance matters at AM events during his time with Grant Thornton.

A tribute issued by MotoNovo described Landers as “a consummate professional” who was well-known and respected across the banking, asset finance and motor finance industries and advisory circles.

It said: “His calm demeanour, in-depth industry insight, diligence and sense of humour earned him a broad circle of trusted friends and colleagues.”

He added: “As well as being a fantastic colleague during our time together at Bank of Scotland and MotoNovo, he was also a great friend over the last twenty-five years.

“Like I’m sure many, I will miss his wise counsel, unwavering support and expertise but above all else, his humility, caring nature and razor-sharp wit.

“Having battled back from serious ill-health in 2018/19, Peter was back to his best and looking forward to the future.

“It makes his passing so much harder to accept, but for those who knew and worked with him, his legacy will be the influence his wise words and example have had on us all.”

Dosens of tributes have been paid to Landers via online memorial site remembr.com.

Among the tributes, former colleague Mark Coles said: "Peter was always calm, thoughtful and pragmatic, qualities which made him a true leader and a great source of inspiration."

Robert Lear, who worked alongside Landers as a business manager at Perrys Motors, said: "He was a wonderful friend, so positive in adversity and will never be replaced in my thoughts. Laugh in Peace, Peter."

Landers is survived by his two sons, to whom he was incredibly close.

MotoNovo’s tribute said: “Our thoughts, prayers and deep condolences are with them, his wider family, close friends and the many colleagues who worked closely with him.”