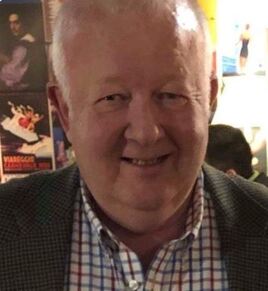 Tributes have been paid to “old school gentleman” Mark Smith after the Just Motor Group local business manager lost his battle with COVID-19.

AM understands that Smith, part of the team at the retail group’s Harrogate dealership, lost his battle with the virus on Tuesday (September 21) night.

According to a tribute posted online by Jeff Rodger, regional business centre manager at Citroen UK, Smith had represented the French car brand in the city for over two decades.

Prior to his time at Just Motor Group, Smith had been general manager at Harrogate Citroen retailer David Fox Ltd.

Taking to LinkedIn yesterday, Rodger said: “I am sorry to have to inform you that our colleague Mark Smith lost his battle with COVID last night at the age of 62.

“I am sure Smithy will be remembered as a passionate man who had been with the brand for a long time both at David Fox (Harrogate) and with Just Citroen Harrogate (circa 20 years), his presence, knowledge, support and friendship will be sadly, sadly missed.

Roger added: “A true gentleman who I am proud to have classed as a friend. My sympathies go out to his Wife Lynne, the family and to Max Croft, her fellow directors, the staff members at the Just Group and the customers he served so well over the years.

“Smithy is going to leave a hole in the lives of the people he came into contact with.

“RIP Mark we will miss you.”

John Graeme, finance director at Redline Specialist Cars, sai that Smith had been his first boss in the motor trade.

Graeme described Smith as an “old school gentleman who we all respected and will be sadly missed”, adding the hashtag ‘#motortradelegend’.

He added that he had “fond memories of putting the world to rights over a machine coffee, adding that Smith was “a genuine character”.