The family and workforce at AM100 dealer group JCT600 are mourning the death of its chairman Jack Tordoff OBE at the age of 86.

A statement from the business today announced "with great sadness" that he "passed away peacefully on Sunday, October 3, following a lengthy illness".

Tordoff, the father of JCT600's current chief executive John Tordoff, was inducted into the AM Hall of Fame in 2018 in recognition of his work in motor retail; later the same year that he was made an Officer of the Order of the British Empire (OBE) - he'd previously received an MBE in 2007.

The JCT600 motor retail group has been the main sponsor for Bradford City for the last 10 years.

When he received his OBE in 2018, Tordoff said: "I’m fortunate to have enjoyed a fantastic career and I am tremendously proud of what we have created at JCT600. To have now been given this award by Her Majesty is the ultimate honour and I believe testament to the hard work, grit and enterprise for which Yorkshire is famous.

“I am very grateful to the people who work with me every day, both past and present, and who have helped me to grow JCT600 into Yorkshire’s biggest private company and to achieve this honour. From the bottom of my heart, I thank them all – they are the best." 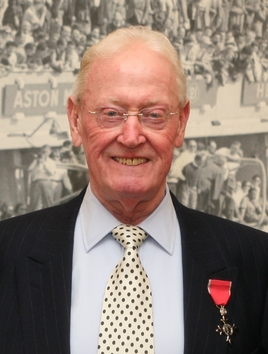 Married to Jean for 66 years, he had three children – Lesley (deceased), Ian and John, 10 grandchildren and 13 great-grandchildren.

During a long career spanning 71 years, Tordoff was instrumental in building the JCT600 business up from a single workshop and petrol filling station in Bradford, which his father Edward had founded as Tordoff Motors but his untimely death in 1950 left Jack Tordoff joining the business as an apprentice mechanic at the age of 15.

JCT600 is now one of Yorkshire’s greatest business success stories with 54 dealerships representing 25 of the world’s leading car marques and employing a team of 2,300 people from the North East through Yorkshire and into Lincolnshire and Nottinghamshire.

Now with a turnover of over £1.3 billion, the company this year celebrated its 75th birthday and Jack was immensely proud of having helped to create one of the largest and most highly respected privately owned motor groups in the UK and the largest private company in Yorkshire.

"Seventy-five years after its foundation, Jack’s legacy lives on with JCT600 remaining true to its Yorkshire heritage with its purpose-built head office and training centre based in Apperley Bridge near Bradford. It also remains very much a family business with its values embodied into its culture - JCT600’s commitment to being the best place to work was recognised when it achieved a place in the Sunday Times ‘Best 100 Companies to Work For’ list In 2016," said the statement.

"Jack was passionate about the importance of always putting the customer first and providing the best possible shopping experience. The business has continued to invest in its physical dealerships, but also embraced technology and innovation, developing a successful digital offering as well as establishing its own training programmes to ensure colleagues provide outstanding service. As a result, generations of car buyers in Yorkshire and beyond trust the brand he helped to create."