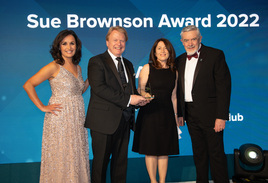 Automotive 30% Club founder Julia Muir has won the IMI’s Sue Brownson Award in recognition of her efforts to “move the dial on female leadership representation” in the automotive sector.

The Sue Brownson Award for Outstanding Leadership in the automotive industry was presented to Muir at the Institute of the Motor Industry’s (IMI) annual dinner by ITV News anchor Nina Hossain, IMI chief executive Steve Nash and Kevin Finn, chair of the IMI board.

On receiving the award, Muir said that the award was particularly meaningful due to the fact it is named after the late Sue Brownson OBE, who she described as “a pioneering woman who contributed so much to the motor industry, and was a leadership role model for many others”.

She added: “I would like to thank Steve Nash of the IMI for being one of the first members of the Automotive 30% Club, and I would like to take this opportunity to recognise all of the members for the real action they are taking to drive positive inclusive change both within their organisations and through collaboration across the sector, to ensure that women will thrive and fulfil their potential.”

Last week the IMI published the findings of its Diversity Task Force report.

The industry body drew on insight from a Physical and Non-Visible Disabilities Working Group, Race and Ethnicity Working Group and Gender and Sexual Orientation Working Group, made up of volunteers from across the sector to create the report. 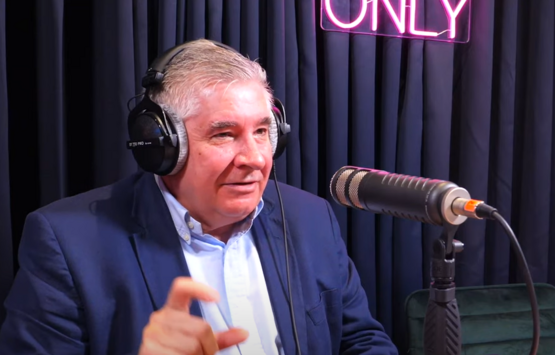 IMI president, Prof Jim Saker, led the study which – he revealed in a recent AM News Show Podcast interview – had been inspired by a response to one of his columns in AM.

Its research into automotive’s gender gap found that men account for 81% of automotive retail employees.

Muir’s efforts to ‘level-up’ the representation of women in the automotive sector’s senior leadership roles gained momentum following the creation of the Automotive 30% Club in 2016.

The voluntary group – now comprised of 60 MDs and CEOs from automotive manufacturing, retailing and supplier companies – aims to see at least 30% of key leadership positions in the member organisations filled by women by 2030.

Commenting on Muir’s award win, Nash said: “The Institute of the Motor Industry is very clear on the critical role greater diversity and equality in the automotive sector has in tackling the chronic skills gap we currently face. And the disparity in female representation at a senior level is an issue that needs particular attention.

“Julia Muir’s work has already gained significant ground with many of the leading automotive employers now members of the Automotive 30% Club. We, therefore, felt it was right to recognise the huge commitment she has made personally by giving her the 2022 Sue Brownson Award.”