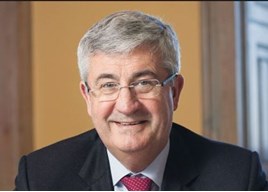 AA executive chairman Bob Mackenzie has been fired for "gross misconduct” amid falling share prices at the roadside assistance and vehicle warranty specialist.

A statement published as the AA revealed that Mackenzie had been removed by the board from his role as executive chairman, from his other roles and as a director and as an employee of the company with immediate effect.

The statement cited “gross misconduct” but gave no further details.

The BBC reported that shares in the AA had sunk by up to 18% in its latest results as trading had been affected by "erratic workload patterns".

Mackenzie had been the AA's executive chairman since June 2014 and had led the AA since overseeing a management buy-in of the company in June 2014, which led to its shares being listed on the stock market.

Before that, the company had been owned by private equity firms Permira, Charterhouse and CVC.

The AA said today that it would release its half-year results at the end of September.