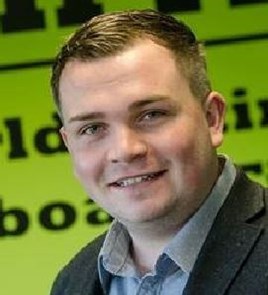 The business, which operates from five industrial units with a presence in Bristol, Southampton, Swindon, Sheerness and Killingholme, employs over 200 people and achieved a turnover of £5.1m in 2017.

New VPS chief executive Jordan Daykin believes there is more to come from the business, however. He said: “There is such huge potential for Vehicle Preparation Services Group to build on its excellent industry reputation by branching into new markets and capitalise on the booming automotive industry.

“I’m extremely fortunate to have a strong management team in place, who have ensured the company has been profitable since day one.

“’m very proud to take over as CEO of the company my father started in 2004, and I’m committed to getting the very best out of our talented team and taking VPS Group from strength to strength in the coming years.”

Daykin, best known for his success on BBC’s Dragon’s Den in 2014 when he was just 18 – securing £80,000 investment from Deborah Meaden in his business GripIt Fixings – has been on the VPS Group board as a non-executive director for two years, offering strategic advice to the company founded by his father in 2004.

As well as aiming to sell one million number plates in 2018, Daykin has ambitions this year to grow VPS Group’s labour supply nationally and make use of its extensive staffing database to grow its recruitment offering.

In the last two years VPS Group has reinvested profits into driving growth, including a £1.5 million investment in a site which will manufacture up to 2.3million number plates per year, in what is a £300 million market producing over 20 million numberplates every year.

With one in 12 cars cloned in the UK each year, and over 100,000 number plates stolen, a recent change in legislation means it is now illegal to sell number plates online.

While this has heavily impacted the online retail market, VPS Group has identified a unique way of selling plates online which meets the DVLA’s requirements, and in doing so, has created bespoke software to run checks and crack down on stolen number plates and car cloning.

“Having seen first-hand his success with GripIt, the whole team is looking forward to a busy 2018, implementing the new growth strategy and working alongside Jordan as our new CEO.”