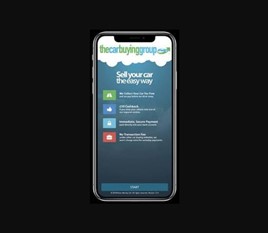 The Car Buying Group (TCBG) has put the used car inspection and valuation process into the hands of consumers with the launch of a new app.

The platform, which has been optimised for both Apple and Android smartphone platforms, claims to remove the guesswork from consumers’ efforts to establish what their used car is worth, putting them in a stronger position when selling it in the second-hand market.

Motorists input their registration number into the App before completing a step-by-step process that includes taking up to nine photos to support the condition of the car’s interior and bodywork, to generate a valuation.

A statement issued by TCBG said: “After recording mileage, service history and MOT, the app provides the driver with a highly accurate market price within seconds based on its condition.”

Tom Marley, The Car Buying Group’s chief executive, said: “Many drivers simply have no idea of their used car’s value before they start the process of replacing it.

“The App covers all bases and provides the most accurate valuation on a car’s current condition which enables drivers to better budget for their next purchase.”

Aston Barclay completed its acquisition of TCBG back in October, expanding its influence into the consumer car buying sector.

TCBG buys over 10,000 used cars nationwide on behalf of car owners and features at number 20 in the 2018 Sunday Times Tech Track 100 list of the UK’s fastest-growing private technology companies.