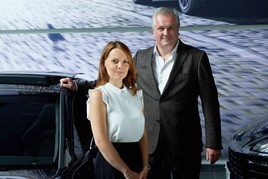 Tootle has expanded into online used car retail by establishing a platform which allows car dealers to retail as well as replenish their second-hand car stocks.

The online automotive specialist, which has sold over £65 Million worth of vehicles in just two years, said that its new venture will “bridge the gap between trusted car dealers with members of the public” for simple buying and selling.

Dealers pre-vetted by Tootle now have the opportunity to retail and replenish automotive stock through its platform.

Amy Buckley, digital director of Tootle, explained: “Tootle’s expansion into the retailing of used cars is a move that will enhance our position as the consumer’s champion, whilst ensuring we continue to support our growing dealership network.

“Our dealers will, therefore, benefit from access to hundreds of thousands of pre-qualified consumers, in market and looking to purchase a new vehicle, as they sell their existing car; enabling them to grow revenue whilst sourcing new stock.”

News of Tootle’s expansion into car retailing comes just five months after the launch of its new aggregator sales tool, introduced in July 2018, which claims to enable consumers to sell their vehicle in record time by comparing offers from dealers and car buying service companies.

In a statement issued this week Tootle, which was launched in 2016, said that it had experienced “exponential growth”, expanding over 140% year on year since inception.

Headquartered in Central London, the firm prides itself on supporting the consumer in car sales, where 95% of vehicles sold via the platform are collected from the customer’s home, it added.