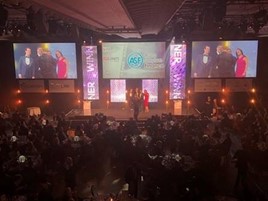 Auto Service Finance (ASF) won its second FinTech award this time at the Credit Strategy’s Credit Awards 2019 in the Alternative Lender of the Year category.

Earlier in the year Auto Service Finance won an award at the FSTech awards.

The winners at the Credit Awards were selected by a panel of judges who look to reward companies for their “hard work, innovative outlook and industry-shaping solutions”.

ASF’s chief executive, James Jackson, described the award as "a fantastic win for ASF at an event as prestigious as the Credit Awards, particularly given how many great FinTech businesses there are in the UK right now".

He added: "This award recognises the work we do to empower car dealerships up and down the UK.”

This year’s Credit Strategy’s Credit Awards celebrated the 20th year the event has been held.

The evening was hosted by comedian Jimmy Carr at Grosvenor House Hotel, London on May 16, and saw winners such as Capita, Vodafone, Barclays and HSBC walk away with awards.

“We are proud to work with nearly 2,000 dealerships with the goal of becoming Europe’s largest aftersales finance provider over the next few years,” said Jackson. 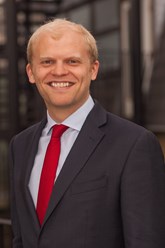