Evolution Funding has picked up four awards at the Car Finance Awards 2019, including being named Best Broker for the fourth consecutive year.

Lee Streets, the chief executive of Evolution Funding, said: “We couldn’t have hoped for a better result on the night, absolutely outstanding. This is our fourth consecutive year of being named Best Broker, and to be recognised for our technology contributions against so many strong entries is testament to the impact we are having on this industry.”

The event, now in its fourth year, was held at the Nottingham Belfry Hotel on June 20.

There were 20 awards up for grabs on the night, celebrating the achievements of the industry from manufacturers and providers through to dealers and lenders.

Of Evolution’s direct to consumer proposition, they commented that My Car Credit is “making a complex space easier for their customers”. The judges also commented that Evolution Extra was “ploughing a clear route in specialist finance to ensure the customer gets the best outcome and the dealer delivers more cars”.

These accolades follow Evolution’s third ‘Intermediary of the Year’ award at the Motor Finance Awards, held in Munich. 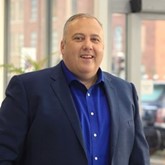