Brexit could cause spike in demand for nearly-new cars 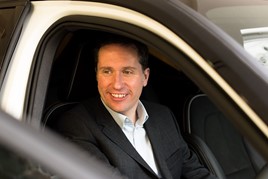 The outlook for the used car market following post-Brexit currency fluctuations and likely new car price increases will be the subject of the used car masterclass at Automotive Management Live 2019, led by Glass's head of content and production Anthony Machin.

Ahead of his session, Machin provides AM-online with his take on the ‘Brexit fall out’ with the leave date just weeks away and as rhetoric continues to rage in Westminster.

He will tell car dealers and carmakers in the used car masterclass at Automotive Management Live, held on November 7 at Birmingham NEC, that Brexit is leading to both a significant change in the UK’s relationship with other European countries and the opportunity to reopen the negotiation of trade deals directly with non-EU countries.

Many questions are shaping MPs’ and public opinion about the merits of a Brexit deal versus leaving the EU without a deal in parallel to the need for a political declaration on the future relationship the UK will have with the EU, he said.

In a post-apocalyptic Brexit world with the potential of a weakened pound, no trade agreements and increased interest rates the potential fall out for the automotive industry is significant, said Machin.

Whilst the majority of economic projections suggest that Brexit will harm UK economic growth with increased barriers to trade between the UK and other countries many used car dealers are looking at how in the short and long term, Brexit will affect the used car market.

The Bank of England

The car markets – no deal scenario

Glass’s is one of 10 masterclass sessions which will be delivered by leading suppliers who tackle some of the pressing topics facing the industry today when Automotive Management Live 2019 takes place.

Now in its fourth year, the one-day expo includes a jam-packed exhibition area and expert speakers who focus on the Financial Conduct Authority’s motor review and skills standards for emerging technology.

Free for manufacturer and dealer colleagues, places can be booked at https://www.automotivemanagementlive.co.uk/