The Dublin-based automotive company said the opening of the new headquarters will give it added capacity to increase existing operations as it forecasted growth of over 200% in 2021.

Mark Barrett, general manager at Harris Maxus, said: "The creation of a UK HQ is an important step for our business activities and only strengthens our commitment to the UK market.

“Maxus has become a leader in the electric vehicle sector and our success in this area will only continue as electric vehicles become more and more popular in the years ahead.

“We are currently forecasting growth of 200% in 2021 and have plans to expand our network of dealers right across the UK.

“The past 12 months have been difficult for the industry as a whole, but we are looking forward to what the next year has in store.”

The moves come five years after Barrett told AM that LDV was keen to establish a 40-strong van dealership network and 1,000 annual sales by 2020.

The Birchwood Park headquarters will house Maxus’ UK-based employees as well as a Parts Depot, with offices and a warehouse on-site, headed up by Simon Bunn.

A training room will also be established at the base for engineers taking part in the company’s technical training academy which will be headed up by Harris UK’s engineering manager, Tony Close.

The convenience of network links surrounding Warrington was said to be a key decision in Maxus’ choice of location, with the headquarters situated close to the M6 and M62 motorway interchange.

Polestar plans for a bigger footprint

How retailers are mounting a COVID-19 comeback

The future of used cars 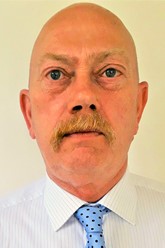