Motorists not ready to trust driverless cars with their kids yet 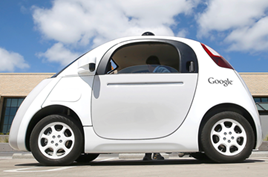 The idea of driverless technology is being accepted by motorists, but not to the point where they would let a car autonomously pick up their children.

According to a new survey by Institute of Electrical and Electronics Engineers (IEEE), the organisation dedicated to advancing technology to improve humanity, transporting children is listed as one of the primary barriers for driverless technology to reach mass adoption.

When asked on a scale from 1-5 regarding their comfort level of having autonomous vehicles pick up/drop off their children (1 being not at all comfortable to 5 being very comfortable), 70.8% of IEEE Intelligent Transportation Systems society and 59.7% of IEEE’s social media followers noted a 3 or below on the scale.

Safety and trust in the technology are the main concerns with having driverless vehicles on the road, with cyber security, insurance/liability and privacy listed as the reasons behind those concerns.

Dr Kevin Curran, senior member of the IEEE and senior lecturer in Computer Science at the University of Ulster, said: “Security needs to be a prime consideration in the technology of the driverless car.

"The success of driverless cars depends in part on resolving conflicts in privacy concerns between the stakeholders who will make decisions about how information is collected, archived, and distributed.

Respondents believe there are other aspects besides the technology that need to be addressed, primarily policy, regulation and liability.

Based on the results, participants believe that in addressing who or what would be responsible in the event that an autonomous vehicle got into an accident, the majority of respondents selected two categories: the car manufacturer or the developer of the car's software (54.6% respectively).

Similarly, just over a quarter (26%) of experts polled believe policy/regulation is the main barrier to mass adoption of autonomous vehicles.

Bryant Walker Smith, an assistant professor of law at the University of South Carolina and an expert on the legal aspects of increasing automation, said: “The key question here is whether the relevant technologies have reached a demonstrated level of socially acceptable risk.

"Developers, regulators and eventually courts will consider how safe is safe enough, how certain is certain enough, and how this performance should be determined, demonstrated, and documented.

"These are crucial questions of engineering, law, and public policy, and they necessarily involve not only engineers and lawyers but also the public at large."

There future will be autonomous

Although there are safety concerns, respondents to IEEE’s poll do envision a future of using autonomous vehicles in their everyday life.

Jeffrey Miller, IEEE member and associate professor of engineering practice at the University of Southern California, said: "I think that we are absolutely going to be seeing driverless vehicles on the road in the near future, possibly in as little as five years.

“These vehicles may not be completely autonomous, meaning the driver would be responsible to take control of the vehicle at some point during the ride, but could see full autonomy being reached within a decade.

"Experts from all over the world are contributing to this industry and it will be interesting to see which country is able to offer driverless vehicles first. Environment, regulations and consumer acceptance will be key drivers to its success."