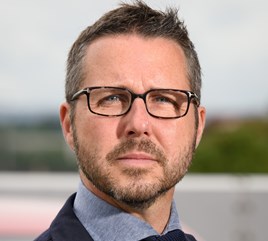 Startline’s enhancements to decisioning software will enable them to “look closer at circumstances” on finance applications.

The enhancements will see the percentage of applications automatically rejected rise by 25%.

This will allow the company to concentrate human resources on decision making where a greater degree of subtlety and research is required.

Startline’s chief executive Paul Burgess (pictured) said: “We have always made a point of highlighting the fact that we see the human element of our decision making as crucial to our positioning as a flexible prime lender, a business that will spend more time looking at the situations of individual applicants whilst still achieving market leading service levels.

“Our view is that several of the lending parameters used by traditional prime lenders no longer apply to many applicants today thanks to changing patterns in areas such as careers and home ownership.

“Making the right decision for these applicants unavoidably incurs more people time, looking at their situation in a more holistic manner.

“However, this doesn’t mean that, where no human intervention is needed, we shouldn’t seek to automate as many of our processes as possible and that is what we have done here.

"The technology is fast, effective, reliable and allows us to make sound lending decisions.”

Burgess said that his company’s research suggested that 20% of used car customers could be described as fitting into the near prime category.

This figure is based on analysis of applications rejected by conventional prime lenders but which would be written by Startline.

“There is a tendency to pass customers who fail a prime application straight to sub-prime, which we believe is very unfair,” said Burgess.

“In most cases, the drop from prime to sub-prime is vertiginous with the APR rate rising by perhaps as much as double figures.

“Our approach instead is to take a closer look at the circumstances of the person making the finance application, often entering into a dialogue with the dealer.

“The thinking is that if we can gain an understanding of that person’s overall financial position, then we can potentially work to arrive at a sound and responsible lending solution that meets their needs.

“The new decisioning software allows us to move forward with this philosophy.”