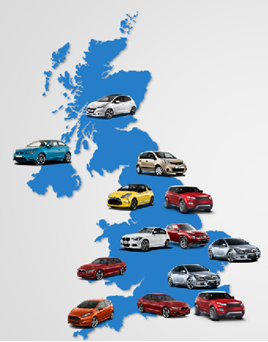 Car dealers need to be aware of the variations in appeal of used cars in different UK regions leading to the need for variable stocking policies.

According to latest Auto Trader research, model variants that flew off forecourts in one region in August, took as much as five times as long to sell elsewhere.

The clearest example was  in London, where the 2011 diesel Vauxhall Insignia sold in an average of 12 days last month.

However, UK-wide the same Vauxhall variant sold in an average of 65 days.

“The diesel Insignia effect is one of the most compelling examples I have seen to support calls for a smart stocking policy,” said Karolina Edwards-Smajda, Auto Trader director retailer and consumer products.

“Other than the Peugeot 208 hatchback diesel manual, which sold in 10 days in Scotland, the Insignia moved more quickly in London, than any other car in the UK.

“Yet in other parts of the country it was a forecourt sloth.

“It clearly illustrates regional demand variations and how important it is to complement experience in sourcing stock with live market data, including regional desirability ratings, using intelligence tools."

Elsewhere in the table, the 2012 VW Polo petrol, the 2012 Nissan Qashqai petrol and the 2014 Nissan Note diesel were also notable for taking more than twice as long to sell nationally than in their regional hot-spots.

Looking at the national picture, the 2011 diesel Insignia took a lowly 992nd position in the fastest sellers’ league.

But the national top 10 also provided further evidence for the need to analyse each model variant carefully. 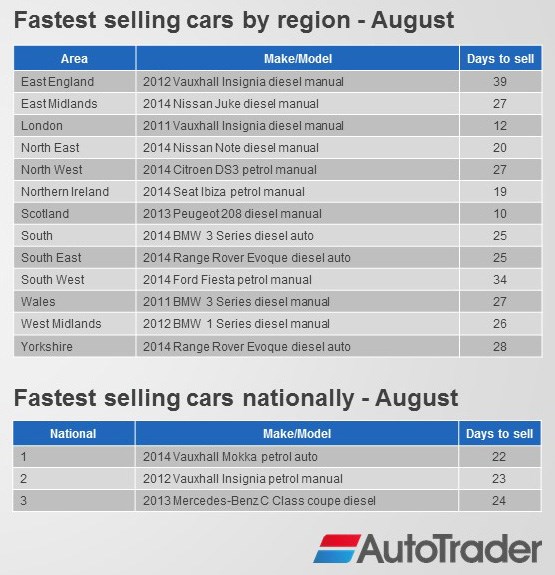