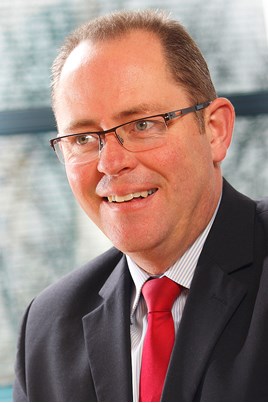 Calls to ban or reduce usage of existing diesel cars in major towns and cities in the UK could see the values of affected vehicles fall significantly, predicts Glass's.

A recent Defra report suggested that in London, Birmingham, Leeds, Nottingham, Derby and Southampton, access to urban areas for certain kinds of vehicle should be restricted.

It adds that 38 out of 43 areas in the UK are failing EU air quality standards thanks to high levels of NOx, largely from diesels.

Glass’s says it could make some older cars effectively unsellable if there is a widespread move to stop diesels from entering urban areas.

Rupert Pontin, head of valuations at Glass's, said: "The UK is seeing an ongoing problem with air quality in many areas and it is a serious issue with the finger being pointed firmly at older diesel cars.

"Defra recently released a report suggesting the introduction of ‘clean air zones' in six cities while there is also understandable anger towards car manufacturers following the recent emissions scandal.”

Pontin said momentum is building behind an anti-diesel movement.

He said: "If these areas in the UK decide to enforce restrictions or bans on diesel use, it inevitably makes the cars affected less usable and will reduce demand.

“For example, if you lived in the East Midlands around Nottingham and Derby, it would be potentially impossible to drive into the two largest, nearby city centres.

"If there is a strong public mood for these moves to go ahead, then it should happen. However, owners of diesel vehicles affected will see the values reduced, perhaps quite considerably, so it is reasonable to look at the implications. Should they be recompensed in some way? Should we see the introduction of a scrappage scheme, as recently suggested by MPs in the Commons Environmental Audit Committee?"

Pontin added that there was also a strong argument that simply singling out diesel as the "bad fuel" also represented something of an oversimplification of the whole subject of emissions.

He said: “Older diesels are comparatively polluting and will already be making their way towards scrappage by the time that these measures would probably come into effect but a true Euro 6 diesel is virtually as clean as its petrol counterpart, yet you hear very little talk about banning petrol vehicles.

"It could be that what we need to do is have a genuine and well-informed debate about different fuels and drivetrains, discussing properly the compromises that each represents. Banning diesel just as the technology allows us to significantly reduce its emissions may turn out to be something of a kneejerk reaction."