Trade buyers split into online only and auction-based says Glass's 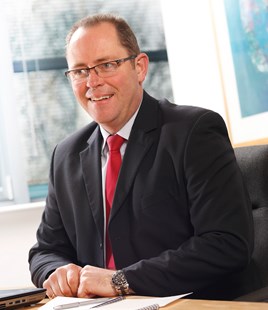 A split between 'two tribes' of trade buyers - those who buy almost entirely online and others who remain motor auction-based - is becoming increasingly apparent.

Glass’s reports there has been a hardening in the shape and attitude of both groups over the last year or so.

Rupert Pontin (pictured), head of valuations, said: "To an extent, the attributes of these two tribes are easy to outline.

“Online buyers are more comfortable with technology and use the internet to access a huge pool of stock.

“However, because they don't see cars before they arrive, even the best-informed can make poor choices from time to time dependent on the condition description.

"Physical auction buyers tend to be older and see themselves as more savvy.

“By going to the auction, they believe that they have their finger on the pulse and, because they view every vehicle in the metal, they feel they make safer purchases. However, by not going online, they simply don't have as much choice.

"What has surprised us is the extent to which trade buyers are increasingly seeing themselves as a member of one of these camps and the lack of understanding between the two. Online buyers can't see why you'd want to trail around the country visiting auctions and auction buyers don't understand how online buyers learn about what is happening in the market without visiting auctions.

"We are not saying that the trade is split into two camps - probably the majority of dealers use both acquisition routes to some extent - but there has been a definite and interesting divergence.”

Rupert said that, to a degree, the two groups could be identified by their age and the size of operation for which they work.

"This is a simplification, but online buyers tend to be younger and more technically aware.

“Often unable to spend much time away from their place of business, they tend to be interested in high numbers of vehicles and, if they acquire the odd rogue car by accident, then that issue is smoothed out by the sheer volume of purchases.

"Physical auction buyers tend to be older and feel they are experts at knowing how each specific car will work in their context of the forecourt. Equally they will tend to have a very good feel for the kind of margin they can achieve for their specific customer base almost as second nature."

The split echoed other online-to-traditional bias that was seen in areas such as retail, Rupert added.

"It's almost like the clicks-and-mortar situation. Some people want to visit a shop and look at the goods, while others value the convenience of online and will put up with the hassle of occasionally making a bad choice. This is very much the same kind of divergence of mind-set we are seeing in the trade."