Motorpoint to open its 10th site in April 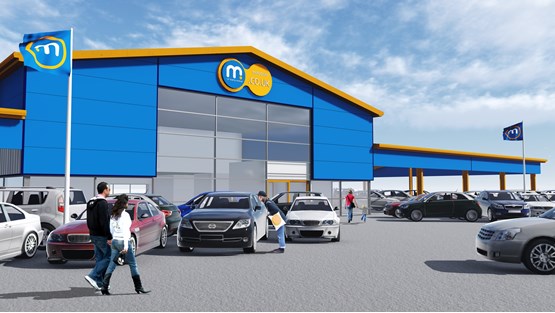 Motorpoint is set to open its 10th site - in Castleford - in April.

The car supermarket has invested more than £5m constructing the purpose-built nine-acre site in West Yorkshire – creating over 50 new jobs.

Motorpoint Castleford will stock 600 new and low mileage nearly new vehicles from 35 different vehicle manufacturers together with instant access to a further 5,000 cars in group stock when it officially opens on Saturday, April 2.

It will be open seven days a week, including until 8pm weekdays. Motorpoint Castleford will also offer free parking, free Wi-Fi and a customer café.

It also follows the news that Motorpoint was named one of the Top 100 Companies to Work For by the Sunday Times for a second successive year. Motorpoint, which employs over 600 people nationwide, was ranked 58th overall – up 34 places on last year.