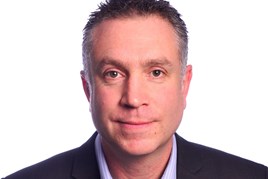 Pressure from pre-registrations and continued new car offers pushed used values down by 1.4% in April, according to Cap HPI.

Showing a similar seasonal trend to that of the past three years, even spring-time favourites did not fare particularly well.

Derren Martin, senior editor of Black Book said: “Value of cars dropped slowly but surely across all sectors during April.

“Even convertibles, which tend to perform well during spring, struggled slightly, particularly those where there was plenty of volume. Seasonality only positively affects values when volumes are on the low side.

“The city car and supermini sectors were two of the heaviest affected by the downturn, largely from volumes of part-exchanges in the market, and pressure from pre-registrations and continued attractive new car offers.”

Martin added that manufacturers that have pushed pre-registration and short-cycle volumes in the first quarter of the year “may be more adversely affected than others, particularly on the values of late-plate used cars.”

City car values dropped by 2.1% and supermini by 2.4% during April.

The volume of city cars within Cap HPI’s trade sales data has increased fourfold over the last five-years and superminis more than doubled.

Martin added: “SUVs remain an interesting sector to highlight. These types of cars are increasingly a lifestyle rather than seasonal purchase, with dealers now happy to buy and stock all year round.”

The black book live movement during April shows that older cars have seen the heaviest percentage drop, of around 3%.

However, Cap HPI argues that while prices in the used car market dropped, the downwards movement was not so stark, 1.4% compared to 1.7% at 3-years 60,000 miles, despite more volume in the market.

Consumer confidence remained, keeping demand relatively healthy and there was no rush by vendors to offload stock, which can sometimes be the case when they foresee a market downturn.

Martin concluded: “The next few months will be particularly interesting in the used car market.

"Volumes are undoubtedly higher than last year, as seen within our trade sales data, with around 7% more trade sales recorded. Volumes in the auction halls are likely to peak early in May and remain high well into June.”