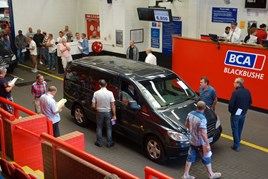 Average used LCV prices increase for the second month in a row thanks “largely due to the influence of a younger, lower mileage profile of vehicles”, according to BCA Pulse.

Head of commercial vehicles, Duncan Ward, said: “As we said last month, we expected to see some pressure on average values between now and the new registration plate in September.

“Volumes have risen in the wholesale markets with continuing questions over poor condition stock and while average selling price appears to be holding up, this is largely due to the influence of a younger, lower mileage profile of vehicles currently reaching the market.

“Buyers have more choice now than they have experienced at any time this year and are understandably focussing on the best presented vehicles.” 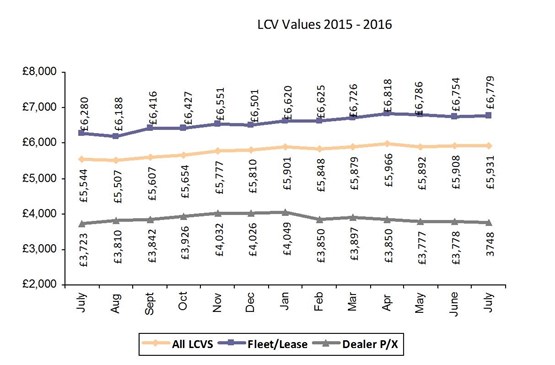 Ward said that there was plenty of interest from buyers, but added: “It is vital for sellers to prepare their vehicles well and appraise and value them in line with market sentiment.”

Retained value against MRP (Manufacturer Recommended Price) improved marginally to 35.15%.   YoY, values were up by £499 (7.9%), with performance against MRP up by one percentage point.

Both age and mileage have dropped over the year, with average mileage falling by almost exactly 10,000 miles.

Average part-exchange LCV values fell slightly in July, down by £30 (0.8%) and continuing a trend that has seen values decline from the highpoint recorded in January of this year.